Time and the Revelations of True Identities by Carolyn Thompson 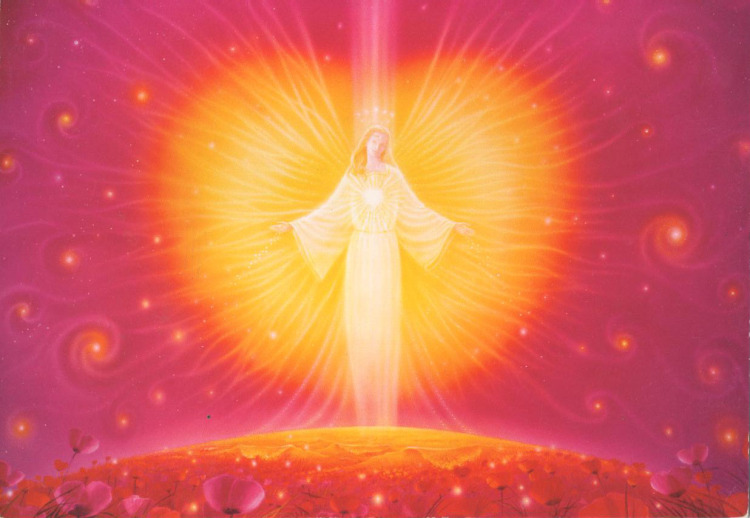 Just as we wrote in the earlier article about certain symbols that will be rendered neutral, so are these false faces too many people focus their attentions upon.

Most people will balk at the idea that some of these never existed, but then they want to hold on to the past and it is their right to do so.

But many people have been wondering, asking and praying for clarity.

So we will disclose a few that are non-existent. Yet something happened and who was really behind the name and movements?

The first to disclose is that there is no St. Germain.

He came in to prominence during the creation of the I AM movement during the 1930’s. The “I AM” Movement was created by Guy Ballard and his wife Edna in Chicago, Illinois. Guy Ballard may have accepted the name St. Germain due to his reading of the Blavatsky works. Her work is also riddled with disinformation.

Personally, I had been told by others that St. Germain was with me, or was guiding me and yet, I could never “sense” this so called entity. There was a trickster energy instead. What I read in so many channelings by this name was confusing as no one pervasive thought was contained within them. Some channelings were dark and ugly, commanding servitude and the like. So like I do in my own research, I has put his name on my “psychic shelf’ where all unfinished business/stories go until I got the right information to put it all together. The information came to me a few days back. There is no such ‘ascended master’. This my family Melchizedek Ouri confirms.

What became of creating an Ascended Master St. Germain was mostly awful, I am told; it was a redirection of peoples energy focus again on idols and leaders, instead of going within and mastering their own identity.

A whole religion was created with people going to churches and making rules that were arbitrary to spiritual growth, like you cannot eat garlic and go to church. It became fanatical. This movement also created many other so called Ascended Masters by trying to fathom the Twin Flame component to spiritual growth. Portraits of so called Twin Flame ascended master couples were painted, lady and man. This created a lower level thought form that plagues humanity still. This resides in the astral realm and gathered so much energy it feels real to many.

The true Twin Flame component to spiritual growth is only the unifying of an individual’s flame, as we metaphorically split in order to learn within the world of Duality. We never really split. Yet our focus while in these bodies is usually only a portion of who we are.

To merge back in to your own true Twin Flame creates a fullness of your own Light brings a peace that lasts within. It brings balance to a human and there are less tripping up along the curvy path of life.

There are no incarnated two people from one flame here on Earth right now. It does not work that way. Humans interpreted it as meeting someone on the earth to marry or couple with as that is the reference they presently have.

With Valentine’s Day coming up, sure, call your loved one your Twin Flame, as it is a wonderful tonation of Love.

But until a spiritual seeker truly merges consciously with their unmanifested self, then this step is not completed. And it is a step in the right direction of wholeness. Twin Flame is unifying the higher frequency components of your own Divinity.

Could there be much more to the need of people merging with their Twin Flame now? Indeed! AS more people unify with their own Twin Flame, the raise the quotient of Light within their being and also in the world around them. It reverberates and pulsates outward, assisting other souls to remember their Divinity. It can shift consciousness.

Will there be a time when one Flame manifests two bodies, perhaps this is what was originally channeled but the time is not now as the world is not ready for such light, nor are any aspects of our Light ready to become “stuck” in this present reality. This is yet to be seen. But not until the Earth and her people are in a different consciousness than the one present today.

The Ascension movement needs your discernment these days as many parrots are talking all at once and patting each other’s back with the wrong or partial information.

It is time to transcend our need to always have a “leader” and to go within and find your own leader there. We already have those divine aspects with us, perhaps we do not pay attention or access it. Perhaps you have been led to believe you are not worthy, and yet you are and always have been.

Now the implications from this article and the previous truth article may have you wondering about many other things we have heard and took as true. It also implies that many of these misappropriations of belief have indeed worn out their use. Yet until they do, keep what is working for you. For many of our ascension forerunners still channel a positive entity they interpret as St. Germain or Lady Portia, and others. Why does this work? How do you know? There are positive Masters who will just let a person use any name in order to get information to the masses.

Since most of this movement started while Earth was in 3D, and followed us through 4D, it is the quality of information that lets you know it is for use.

If an entity by any name is demanding, lacks respect, or acts like your superior, then this is not the entity to have conversations with. Tell them to go. Seek out that which uplifts you.

Listening to Patricia Cote-Robles in her Vlogs, is an example of using a format that has worked so well and it all feels so uplifting and positive, as she is tuned in to the Ascended Masters. She practices the I AM movement decrees and they work well for her. You can feel how loving these messages are and who they are coming from is not that important, the message is important.

Our message is about change and how very soon, much of the former paths we used will disappear as Earth enters higher dimensions.

A thought about this is perhaps instead of feeling betrayed, afraid or worried, just take the good stuff and leave the rest in the dust. As with any astral fakers, they must use some true stuff as bait to lace and weave the trimmings of their deeds. This all dissolves this years.