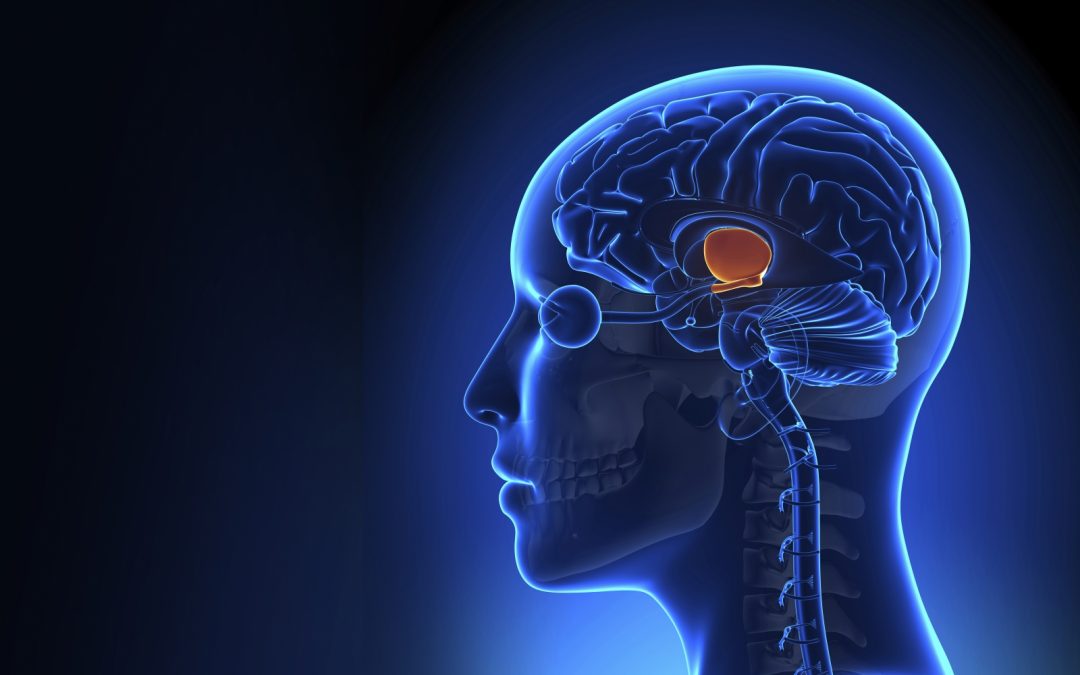 The Thalamus is the large mass of gray matter in the dorsal part of the diencephalon of the brain with several functions such as relaying of sensory signals, including motor signals, to the cerebral cortex, and the regulation of consciousness, sleep, and alertness. The Thalamus has a right lobe and a left lobe. (all blue links take you to Energetic Synthesis for enhancement of terms)

The connection made between the Thalamus with the Fornix nerve fibers and Limbic system, are directly related to our emotional experiences, and the way we experience our emotions begins to open our heart intelligence and is the key to developing our higher sensory perception. Without the Thalamus functioning properly, the Brain cannot diagnose or detect the sensory information that is being transmitted to it.

One of the key structures in the Brain that is physically changed through long-term Meditation is the Thalamus. It acts as the relay station for all of the sensory information that flows throughout the brain and recognizes the different signal input. So, whether the information comes in through our optic nerves, our ears, through tactile sensation, through smell, or through taste, every bit of data travels to be detected through the thalamus.

The thalamus mediates to us our sense of what is and isn’t real in the perception of reality. The Thalamus gives emotional meaning not only to what we take in through our basic senses, but also is key in developing our higher senses which further expands our concepts of God and spirituality.

The physical correlates of all sensations, thoughts, and emotions first cascade through the thalamus before being communicated to the other parts of the brain. Even the smallest degree of damage to this crucial part of the brain can negatively affect the functioning of other brain areas. 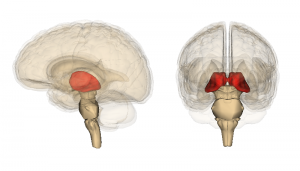 The central area in the brain which the thalamus occupies plays an important role in spiritual Awakening. As the body’s immense nerve bundles emerge from the spine and into the brain-stem, they travel first through the thalamus before being distributed through the Corpus Callosum, as a great multitude of nerve fibers branching up throughout the neocortex, along the crown of the head.

This multi-branching of millions of neurons in part comprises the physical correlate of the Crown chakra. Where the bundle of nerve fibers meets in the Thalamus, are the pituitary gland, the hypothalamus, the pineal gland, and the third ventrical, also known as the Cave of Brahma. This central area of the Brain is often associated with profound insight, spiritual vision, and higher perception abilities.

During NAA invasion 5,500 years ago, the collapse of the magnetic field created DNA scrambling that removed our natural language and ability to communicate with the entire planetary species. This interfered with the sequence of the fire letters to arrange correctly in the original human DNA template, causing loss of species memory and language. In the bible, this is referred to as the time Yahweh deliberately confounded our species language, because humanity was deemed to be sinners and as such, it is called the Tower of Babel Implant.

These are glandular system implants that generate malfunctions in the path of the Kundalini rising that impact the brain receivers and the hypothalamus, Thalamus, pineal, thyroid, and thymus. When our Endocrine System function was impaired, hormonal secretions into our Blood changed and this greatly impacted immunity, aging, and prevented higher consciousness communication links from forming in our Brain, which blocked out multidimensional perception.

As a by-product of the Crystal Core activation, there are central nervous system changes that are currently impacting the bio-neurology instructions made to the endocrine system and Cerebrospinal Fluid. The Guardians note that these current changes in the Planetary Logos instruction sets are making important adjustments to the thalamus, which is in relationship to the Thalamus’ ability to properly filter the crystalline intelligence and decipher it correctly in our brain neural Synapse activity.

The thalamus is an important part of our anatomy that exists as physical construct and energetic blueprint for transmitting and deciphering intelligent information being transmitted from the crystal technology in the earth. The Thalamus connects with the fornix nerve fibers and the limbic system, which is related to our emotional experiences, and it is our emotions that are the biggest key to unlocking our higher sensory perception and Spiritual Guidance System.

During recent events, the opportunity to reclaim sections of the underground Crystal Caverns for directing crystalline transmissions for the benevolent healing of humanity, as well as collapsing alien machinery and frequency fences has occurred. At this time, the Thalamus activation to transmit bursts of crystalline light into the center of the brain to correct function is highlighted as an Ascension symptom.

In the Guardian context, the Alta Major center is located at the base of the skull, where the neck meets the skull. This is considered the Thalamus Complex, the 9th morphogenetic chakra that directly corresponds to the medulla Oblongata and access into the Universal Antahkarana current. As a result of its placement in the head, it is also referred to as the Mouth of God or Goddess. This energy center in the lightbody directly regulates many aspects of brain and glandular function, and the circuitry connects into the hara center which represents the location where the Monadic identity first anchors into the physical body.

In order to maintain connection and communication with the higher heart center located in the thymus gland, and to build the crystal lotus breath configuration within the Sacred Crystal Heart, the three main energy centers in the head must be linked together and then sustained. These three energy centers operate as a trinity and connect into three major brain glands; the hypothalamus, pituitary and pineal.

The energetic circuitry links between them exist from on the top of the head, to the middle of the forehead or top middle hairline, and then to the base of the skull. This trinity circuit communicates with the monadic consciousness layers, bringing the communication vibration down into the body and then the spiritual blueprint pattern is spoken through the throat center and voice box. This trinity pattern circuitry allows conscious awareness of our deep heart expression to be brought into the earth realm, by bringing one’s personal spiritual mission or divine purpose into physical actualization.