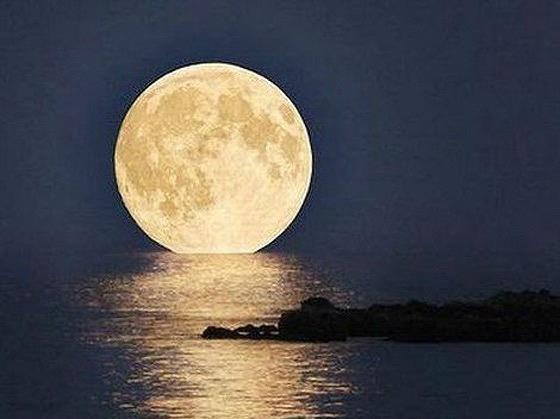 Beach front vacation rental, that’s what what Patsy wanted right now!. She had worked in the corporate world with a bundle to spend on her visit to Kauai. Patsy and Carla found this great beach rental that was on a small point of sand on the north shore by a small bay.

The locals called it the ‘glass house’ for it had long glass windows on several sides and walls of mirrors so that you could see the ocean from all sides. I joined in to rent it too, and we stayed a month in this one of a kind place! 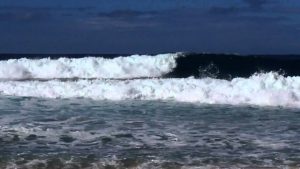 The ocean was always active here, spraying salty mist everywhere, and waves singing deep tones.  None of us wanted to go anywhere else as this was heaven to us.

Kahuna Fred came for dinner that night as we enjoyed fresh local fish and vegetables from the farmers market. We were in deep conversation, as Pasty opened up Merlot and poured us each a glass

As we slowed our pace and poured another glass of wine, Patsy started telling Fred about this situation we encountered at the former apartment.

The Self Flaming Stove

This strange event occurred in a vacation rental in Princeville which Pasty rented as she first arrived. Carla and i were invited to come and stay with her. We all had just recently met and were all on spiritual journeys that were also new to us. So we had much to share and talk about.

One day, I had just arrived there from hiking, I found that Pasty had bought a bottle of wine and Carla brought some brie and bread with plans to nibble and talk about whatever we wanted. They prepared a snack while I headed for a bath. I could hear them laughing as they sat on the sofa. I wanted to soak for awhile as hiking the Napali coast was rough!

Yet it was a short bath as I heard screaming from the other ladies. I got up and wrapped in a beach towel to go see what was going on.

I entered the kitchen to find both Carla and Patsy in panic mode. Pasty was trying to ground Carla’s spirit back in to her body as a spirit/entity was pulling her out of her body. It was not easy and I put my hands on Pasty’s shoulders to add more energy to her efforts.

They told me that they were sitting on the couch talking and suddenly the stove shoot up a flame 3 feet in the air, and it was not on. And it was an electric stove!  They both saw the flames shooting up that almost hit the fan above the stove. It went as quick as it showed up. They ran in to the kitchen to check on the fire and then Carla’s spirit was being pulled out of her body.

We all smelled fecal matter, like someone had farted or took a shit. It was not any of us.

With that I went in to my backpack and pulled out some sage and sweet grass which I handed to each of them. They lit the sage and sweetgrass to carry as we followed the fecal smell through the apartment, room by room. At the last room it moved right through the sliding glass door.

Fred listened and then said that the aroma of a spirit tells you something about the spirit/entity itself. Some might smell like cigars, or perfume, and others like fecal matter or rotting something. The more unpleasant the odor, the less evolved and could be malevolent in nature. It has been said the highest odors smelled like roses or very pleasant aromas belong to angels and highly evolved spirits.

Now this was interesting!

Then Fred told us we had a stink spirit in our back yard! He said that the sewer-leak-smell we detected was not due to the sewer, as it moved around. Our back yard was grossly overgrown with plants and dead leaves as the property was poorly cared for, (thus our ability to rent it, good price!). When we first  walked through the garden space, I wanted to clean the yard up and trim the trees. 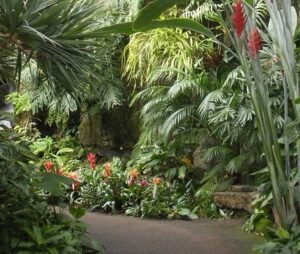 Fred continued saying that this point the house was located on was once a sacred site and that the stones in the yard that someone put around the trees were special, old and part of the former sacred site for the feminine. He said the stones also needed care and respect, along with the yard. I knew it!

When we first moved in to the glass house, I ended up cleaning the kitchen and putting up the food Carla and Pasty bought as they were not going to do it. They just were not the kind of ladies that did things like that. So I was wiping the shelves and organizing our stores for the month. I can do this as a service..

As I prepared the kitchen, all my heart wanted to do is clean up the back yard. After hearing Fred talk about stink spirits, I knew I would do this the next day. I would clean the yard!

Chopping dead tree limbs, trimming plants, raking the yard, filled my morning. On Kauai plants grow wildly, thus why they call it the Garden island. This yard had plenty of tropical plants and trees gone wild.

Trees and plants were looking good, and healthy without the dead leaves and twigs and the pathway was clearly defined.

As I was raking around the bottom of a tree, fixing the stones in their intended circles by whoever designed this back yard, I accidentally dropped my rake right on a stone with a bang!

Instantly this fecal-smelling spirit was in my face. I could sense that he was about two feet away from my face! I froze, and then I apologized openly, saying I was not watching and I meant no disrespect. I was cleaning to assist the area. 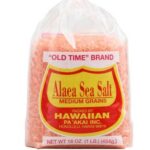 I reached in to my pocket and tossed some Hawaiian salt toward the smell and he left. I had just learned about the way Hawaiians use salt for clearing and carried it in my pocket most of the time.

Fred came over again for dinner that night and saw the job I did in the yard. I told him about what had happened. He laughed and said it was a practice in the old days to trap souls to protect a sacred site and that what I had encountered was a guardian of this place, yet a trapped soul. In the days ahead, I released the stink spirit so his soul would move forward on his path.

So know that sometimes when you smell an odor that seems to be out of place, it could be a stink spirit. Sometimes they are in bars where people get deeply drunk to feed off that energy. They can be anywhere, even churches or homes. Other people will just think someone is letting go of gas, yet maybe it is someone you cannot see. Or maybe someone did just let one off!