Sea Birds to Land; A Dream Years Ago by Carolyn Thompson 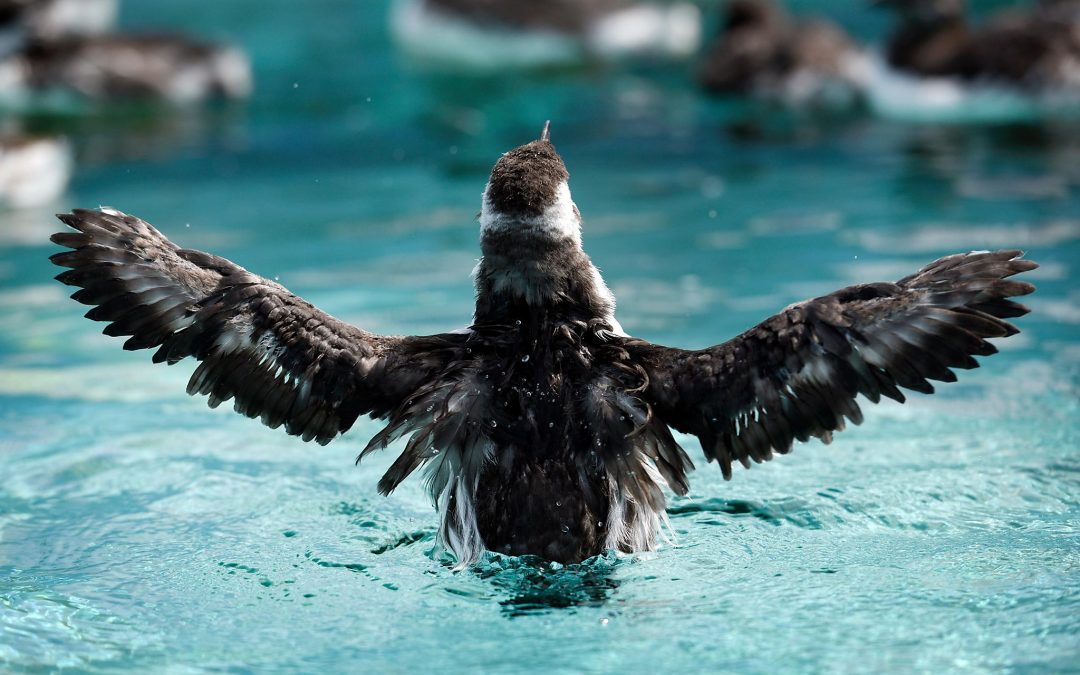 I was standing chin deep in deep dark blue-black ocean water with that water rushing to the edge of the flat land; land that was in arm’s reach for me. The sky was dark gray and cloudy.

As I stood there, many sea birds were floundering in the water, trying to stay afloat and moving fast toward the land. They could not fly out of the water, and I wondered why.

As they came close, I put out my hand for each one to get in and with a simple scoop I lifted them on the land.

Some birds did not get in my hand, instead looking wildly at me, as they were being pulled under the land. Where they went I did not know, as I was very busy lifting birds to the land that wanted to go there.

The dream meant that I am here during dark times to lift people out of the dark emotional sea of the astral realms. These waters were moving too fast for some to swim in them and try to get on shore safely, which was why I was helping.

Sea birds are natural to the sea yet why could they not fly out? Metaphorically, sea birds represented people who were used to navigating emotions, water represents emotions.

The astral plane can be a very discomforting place and there are those entities that reside there that whisper, taunt, lure and suggest things that cause anger, resentment, confusion and self-doubt. Land is being grounded and sure footed.

This dream was profound, telling me my role during these changing times.