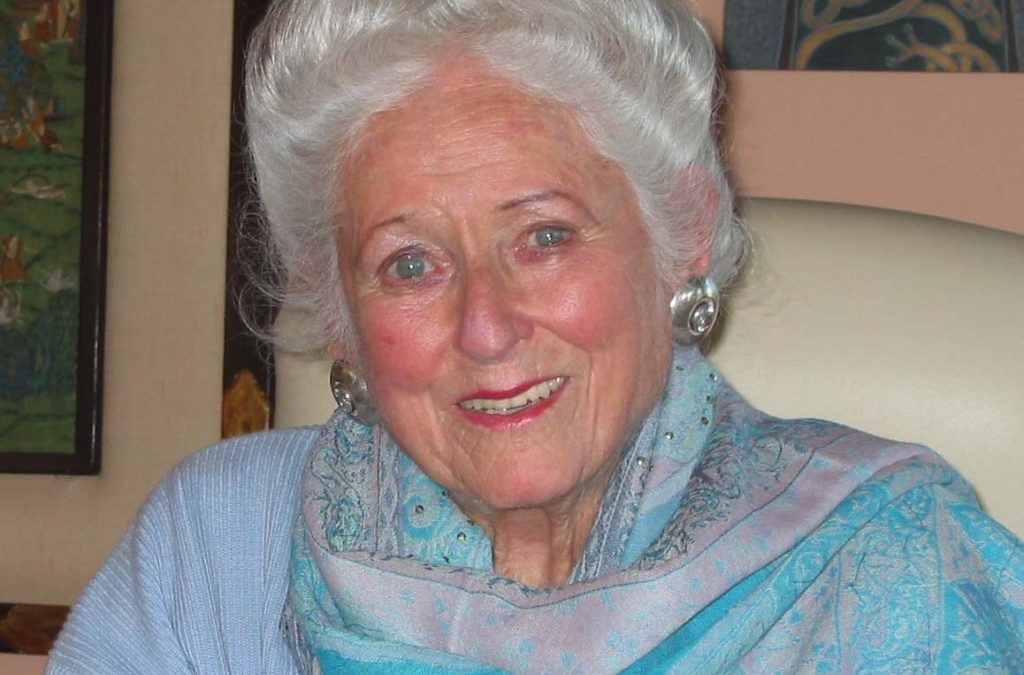 Known for her pioneering research in the field of bioenergy, Dr. Valerie V. Hunt had a visionary approach coupled with her rigorous adherence to the highest scientific standards won her international acclaim in the fields of physiology, medicine and bioengineering. 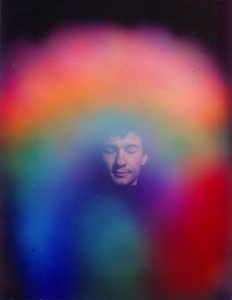 She was the first to develop the protocols and instrumentation necessary to detect and record the body’s high frequency energy fields with the spectral analysis of bioenergy patterns.

Dr. Hunt discovered the neuromuscular patterns of non-verbal communication and her groundbreaking research has led to the first truly scientific understanding of the relationship between energy field disturbances, disease, emotional pathologies, human field communication and the energy spectrum of consciousness.

Her research made objective, repeatable measurements of the full spectrum of the field surrounding the human body.

Her most important readings occur in much higher vibrational ranges than those pertaining to muscle tension – with frequencies in the megahertz range and above. She reports that the energetic emanations of the body show anti-coherent changes before actual disease conditions can be diagnosed.

“Valerie is a leader in demonstrating the human energetic system from a scientific point of view… To all those ready to open themselves to the infinite possibilities, Dr. Hunt’s Book, “Infinite Mind” will be a beacon.”  ~  C. Norman Shealy, M.D., Ph.D.

Dr. Valerie V. Hunt was a Professor Emeritus of the Department of Physiological Sciences at UCLA, and resident of Malibu, California. Dr. Hunt was consulted in space biology for NASA and was also a field reader for US Department of Health, Education and Welfare research grants.

She taught courses at 20 medical colleges and universities both in the United States and abroad. In addition, she traveled the world, and studied ritualistic healings and mysticism in the Orient, South America, Africa and the Pacific Islands.

Dr Hunt’s groundbreaking work was written up in her book ‘Infinite Mind: Science of the Human Vibrations of Consciousness’ in 1996 , and also in her moanty other contributions; ‘Naibhu: A Spiritual Odyssey’, ‘Mind Mastery Meditations: A Workbook for the Infinite Mind’, ‘Uncork Your Consciousness’, and  ‘Journey of a Soul: From Scientist to Mystic’.

Dr. Hunt created a biomedical device called the AuraMeter™. The AuraMeter can do that show colors around a human and assist in diagnosis.

The AuraMeter not only maps the patterns of energy that precede and cause physical, psychological, emotional, and spiritual dis-ease, but it also can prescribe the correct healing approach, and even validate the actual healer who stands to be the most effective in working with a particular individual.

At the UCLA Department of Physiological Sciences, Dr. Hunt had been a physiology researcher and university professor for over 40 years. She discovered through research the relationship between changes in bioenergy fields with human behavior and experience.

“When I was at UCLA in the early ’70s,” Dr. Hunt recalled, “one of my graduate students wanted me to explain what was occurring physiologically when she was involved in trance dancing. This student had actually spent several years in Haiti involved in indigenous dancing.”

Dr. Hunt continues, “Prior to her dance I placed sensors on her body designed to measure the muscle tissue and basic organ vibrations. But — lo and behold! — the data from the electrodes showed frequencies that seemed to originate from a source other than her physical systems. I repeated these tests many times and I realized that I had discovered a dynamic field of energy surrounding the human body that had never been recorded by scientific instruments.”

The readings are done via bipolar contacts, like the nodules used in doing an EKG, that takes readings from the surface which go into a small radio system and can then be broadcast. But Dr. Hunt’s instruments were not capable of picking up the full range and intensity of the fields she now wanted to study. EMG instruments, for example, pick up only frequencies from 0 to 250 cycles per second (Hz); EEG and EKG devices register only as high as 100 and 150 Hz, respectively.

This deficiency of standard medical devices to report on the human bioenergy field led Dr. Hunt to seek help from the scientists who developed telemetry devices for NASA. Through this avenue, a more sensitive research device was created for her laboratory, one which would measure frequencies from zero up to 250,000 Hz — a thousand times greater than anything ever used in medical science before that time. She has called this device the AuraMeter™.

Dr. Hunt went on to China and other parts of East Asia, and studied acupuncture and anesthesiology, later returning to the United States and participated in the first worldwide acupuncture conference, at Stanford University.

Dr. Hunt had devoted her life to creating maps of the human bioenergy fields and their relationship to health, spirituality, and the behavior of human beings. From these maps, she believed we will eventually be able to create an extended model of the human being: the higher level of the mind of man.

In mapping the bioenergy fields, Dr. Hunt has found that each person has a unique resting pattern which she called “the Signature Field”.

The Signature Field of a healthy human being is composed of balanced, coherent energy patterns across the full spectrum of frequencies. This coherency shows up on a graph as smooth, gentle, shallow waves evenly distributed throughout the frequency spectrum.

The Signature Fields of human beings who have, or may soon develop disease are of two kind of patterns; deficiency patterns and hyperactive patterns.

These show up on the graph as thick, jagged waves concentrated in the high- or low-frequency bands.

Deficiency diseases like cancer and fatigue syndrome have anticoherent patterns in the high frequency ranges, with almost no energy at all in the lower frequencies.

Hyperactive conditions like colitis, hypertension, and skin problems show anticoherent patterns in the low frequencies, with absent vibrations in the high frequencies.

Dr. Hunt said that the type of disease can be determined by the AuraMeter readings, but not what tissues the disease will attack.

“That is determined by genetic weakness and other factors that are at this time unreadable by the AuraMeter. But we can tell what kind of diseases will occur, for they fall into those two categories; areas where there is too much chi, or energy, and areas where energy or chi is lacking. The pattern of frequencies tells us this.”

“Until now,” Dr. Hunt articulated, “many human diseases have been characterized as ‘etiology unknown.’ In other words, the cause of the disease could not be determined, and therefore the only possible treatment was alleviation of symptoms. But physiological symptoms appear because of the field disturbance.”

“If we correct the disturbance in the field, the symptoms disappear, and we have been healed. If we treat the symptoms directly, then when a stressful situation once more aggravates the incoherent energy that is the source of the problem, the disease condition returns.”

Does this mean that healing will become a cut-and-dried, machine-like process? Far from it. In fact, Dr. Hunt’s findings point in the exact opposite direction. Healing, she has discovered in her AuraMeter laboratory, is an active process. We do not passively “react to” a healing modality. Rather, we “transact with” it. (transact means to carry to completion)

There are, says Dr. Hunt, five variables in a successful healing: 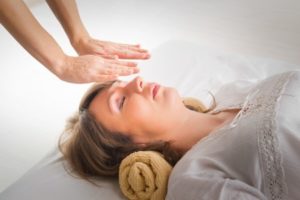 (3) the field of the therapist,

(5) the combined field of the therapist with the therapy being performed.

“Here’s an example: Cancer people don’t like red, and yet their auras, the bioenergy fields around their bodies, need energy in the red frequencies in order for them to heal. If therapists have too much red in their energy fields, cancer people will not transact with them. So the therapist who can heal them is going to need to have some red, but not too much, or the cancer person will refuse to ‘transact,’ will perhaps even alter his or her own energy field so that the field cannot receive the healing frequencies. When that happens, no healing can take place.”

“So the therapist has to establish transactions with the people being healed, approaching them in ways that they can transact with — and gradually lead them to accept the needed frequencies.” Dr. Hunt added, “There are many ‘reds.’ Sometimes, what’s needed is the lower frequencies of red. Sometimes, it’s the higher ones. The AuraMeter shows what’s missing.”

Why is it that some people do not heal?  Can every single person transact with the energy they need in order to heal? Dr. Hunt replied, “no, not everyone.”

“Our fields are organized by our emotions — not so much surface, day-to-day emotions, although these affect the fields, but by our ‘soul’ emotions. Soul emotions, and the bioenergies that accompany them, seem to stick around literally for lifetimes, for they are related to our survival. They form ways of interacting with physical reality in order to preserve the body itself, and to preserve and elaborate the soul.” 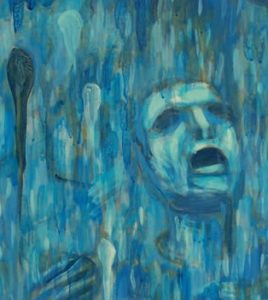 “And because sometimes these emotions were very painful, there are some people who will not transact. Lifehood after lifehood, they refuse. No matter what you do, they change their field to go out of phase with the healing modality or the healer. They will have no part of it.”

“When an emotional pattern is really stuck in this way, I have found that it’s because the person doesn’t want to go back and experience the emotions that were present when they made the choices that are keeping the energy in place. It was a trauma, and they had to find some way of organizing it — repression, anger, running away, whatever it was, it was a decision, and it’s in the field. People have to come to the realization that these decisions were no good, that the emotions which caused the turmoil are still unresolved, and it’s affecting their field.”

So many other researchers have come to this same theory and developed many therapies for releasing emotional trauma and memories.

Most Valuable Contribution to Energy Medicine

Dr. Hunts research and discovery shows that the human biofield is real and an active part of our health and wellness, reflecting variations throughout our life and our experiences. When understood, the biofield will assist in all healing of the body. Her lifelong study provides a solid ground for more research and for the actual practice of Energy Medicine by seasoned practitioners.

The study of her works through her books and recordings provide a foundation of study for those serious in the field of Energy Medicine.

Provided below are links to her videos.

Discussion about our Reality and how we transact with life, and the video name is ‘Testimonial from Dr. Valerie Hunt about Jacqueline Ripstein’s Art’

Dr. Valerie Hunt – New Model of a Human Being