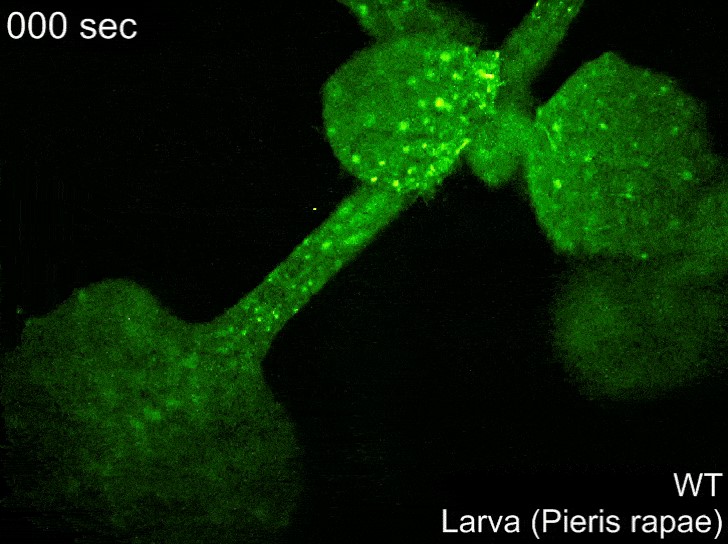 When plants are under attack from a very hungry caterpillar, a warning signal flashes through the plant to the other leaves, revealed for the first time in the video. (Go to article to view the video of the plant reacting to being eaten)

The video, captured by Masatsugu Toyota at the University of Wisconsin was created using a plant modified to fluoresce in response to calcium signals. The details were published in Science.

Calcium, ubiquitous in cells, often acts as a signal in changing environment.

As the caterpillar munches through the leaf it breaks the leaf off from the rest of the plant with one final bite. Almost immediately, the fluorescent light flashes, tracking calcium as it zips at around 1 millimetre per second across the plant’s tissues, providing an electrical and chemical signal of a threat.

Interestingly, the calcium signalling has been found by Toyota and colleagues to be driven by glutamate, more commonly thought of as a neurotransmitter in animals. The glutamate spills out from wound sites triggers the burst in calcium that spreads across the plant. This response leads to defense hormones and altered growth and biochemistry – all occurring without a recognizable nervous system.