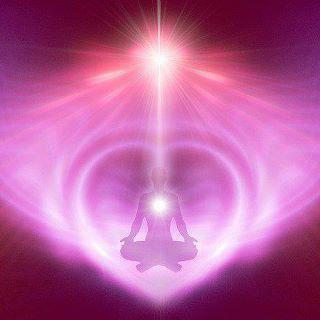 It was in early 2002 that I attended a workshop about Twin Flames. I was now curious about this subject and wanted to learn more. So I traveled to Arizona to attend a three day workshop which was covering this subject.

I had never heard of the workshop leader, who I will call Carmen, and yet the introduction was written well and was enough for me to go. It was something my Higher Self wanted me to go to. There were about 26 other people also going so it was fun to meet new people. What a great group they were too. There seemed nothing really special about this workshop, in fact I was questioning why I was there. Carmen acted as though she was channeling the whole time …… give me a break, was not really happening. She had a default confusing part she would go to when she had nothing to give us. Something about a five pointed stars and which masters sat at each corner. Yawn.

The information on Twin Flames was also vague. Carmen was sure her Twin was Jesus and talked about him like he was a hippie who talked to her a lot. She would walk around the room and assign different masters or high ranking spiritual leaders as our twins. One lady was supposed to have Maitreya as her twin and in hearing this, she turned in to Ms. Ego. To make a strange story short, I also heard the other attendees talking about “manifesting” their twin in to a body so they can have physical partners here on Earth. Carmen never told me anything about mine other than some irrelevant information.

I had never heard of that before so again my curiosity peaked. Workshop ended and I went home with an assortment of notes. I went to her next offering in which we would contact and merge with our twins.

The second workshop was similar although she led us through this group meditation to meet and merge with our twins. At one point she was saying that our twin’s genitals were going to merge with us and I saw this etheric penis heading towards me and I shut down. My Higher Self did not want anything to do with this image. What Carmen was trying to do is to merge us with our twins and it was a fail due to the use of human parts in the meditation.  No one there had any luck even connecting to their twin, that is more than what they might already have done previously..

One lady who was also attending the workshops, led the third one while Carmen was teaching somewhere else. It was this workshop that had significant results. There, in the safety and sacred space she created, I merged with my twin. She was a Kumaran, and led us to a quiet place then simply asked for our twins to come forward and let what happens next up to the individual.

Here I sat with my eyes closed, just finishing my call to my twin when he approached, a shadow of a form coming around my left side to face me. He moved right in to the front of my body. As he was arriving his hand placed a small object in to my heart, and I gasped for air. It was so exhilarating I had instant tears of joy in my eye. I felt perhaps I was never whole before he did this.

As he was with me, inside me, there was a new sense of who I was. For he was/is just a different part of me to begin with.

Twin Flames are not about a new human partner coming to be with you and have great sex. Your Twin Flame is a vital component of your own spiritual anatomy.

Perhaps if two people who have merged their twin flame aspects got together, they might have better sex, just a thought. For they would be clear and able to enjoy more consciously.

Part of the ascension path is merging with more of yourself. We split in to two as an analogy of the dynamics within our spiritual anatomy that one part is in a body here on Earth while another part is not in a body.

Your Twin Flame stays in the higher realms in order to provide you with what is needed. We could not fit all of who we are in to one body anyway. And who is to say that we have other bodies in other realities as well.

Once this merge happened, I heard love songs every morning for years. I felt totally different, and whole like I never felt before. I found myself not being manipulated as I could see more sides of an issue, even when hidden from me. I knew things that others just guessed at. I was happy all the time and old wounds healed.

The Twin Flame merge can begin after you have cleansed and worked through the first five charkas. Neutralizing any charges, or glitches that you find within each area of the energy centers will lighten your load, so to speak. You do not need to cleanse it all, just 51% and just keep working.

Right now there is so much confusion as to what it even is, I wonder if there are any teachers of this. There are tons of crazy videos out there with couples claiming to be twins and yet they are still working at a 3 or 4th dimensional level of partnership. I do not understand this.

After these mergers I found my abilities to soar and I had to learn more ways to use them properly. Knowing things is easy now and even from across the world, I can follow the cords of energy information and find the truth of people, situations and other occurrences. Like fast remote viewing, I knew things right away. This is wonderful for my healing work practice.

The most beneficial outcome I would add is that I felt this new sense of peace that I live in daily. I can be at peace in the worst of situations, be calm and able to find answers to help others.

As I spend each day doing the usual like grocery shopping, I now feel such a peace that I look at everyone and smile deeply at those that need just a smile.

I have been seeing so many “new” children, bright lights, that will lead humanity in the near future. They glow and their faces have no fear. They look around their world with curiosity and excitement. I saw one young boy, maybe 2 or 3 years old, and he saw me. We both grinned so big as we telepathically connected. A friend of mine also has a 2 year old son and he and I talk telepathically. Once while leaving their home, I said goodby to him telepathically as he was in the garden with his dad, and he told me not to leave. He wanted me to protect his family. He was concerned. I told him to just call on me and I will come to assist.

So for me, the Twin Flame component is all about more putting yourself back in to Divine formation. The terms and rituals are just to convince us in some way and yet all it takes is for you to request each step.

As my Melchizedek Ouri family tells me that there is no Twin Flames duo incarnated in to two bodies here on earth at this time. Not one.

There is no harm in calling your honey buns your Twin Flame though!

Perhaps there was too much disinformation going around that so many people believe that they will find their Twin Flame in a body and love everlasting. Yet can enough people merge with their Twin Flames to make a world of difference right now? Is this disinformation slowing people from becoming what they came in to be? Is searching for a proper mate like a Twin Flame ideal taking focus away from our soul growth? Is searching for the ideal TF mate making it so that more people are lonely, instead of enjoying the company of people? Perfect your own self and thus you find a match that is a compliment.

With hindsight I can also see that Carmen was channeling astral fakers. Yet my Higher Self wanted me to go and so I did. I find no fault with any of the situation for there was something for me.

The level of consciousness most people were back then was just as it was, and so astral fakers were dominating the field. This is WHY Twin Flames have not come in to bodies at this time. Could they come in when Earth and her people shift to higher frequencies, meaning kinder world? Yes. But for now it is not “safe” to come in.

I still got to where my Higher Self was leading me. I know now because I was so naïve that I benefited with not knowing and did not cloud my process with over thinking it all. In the workshop where the merger happened, I was one of two people who did. The other 12 did not. Were they wanting to manifest physical partners? I have no idea. My mind was in curiosity mode.

There is much more to this subject, but in the light of the modern confusion it may take some time before more is revealed.

This is my experience, take what you like and leave the rest.