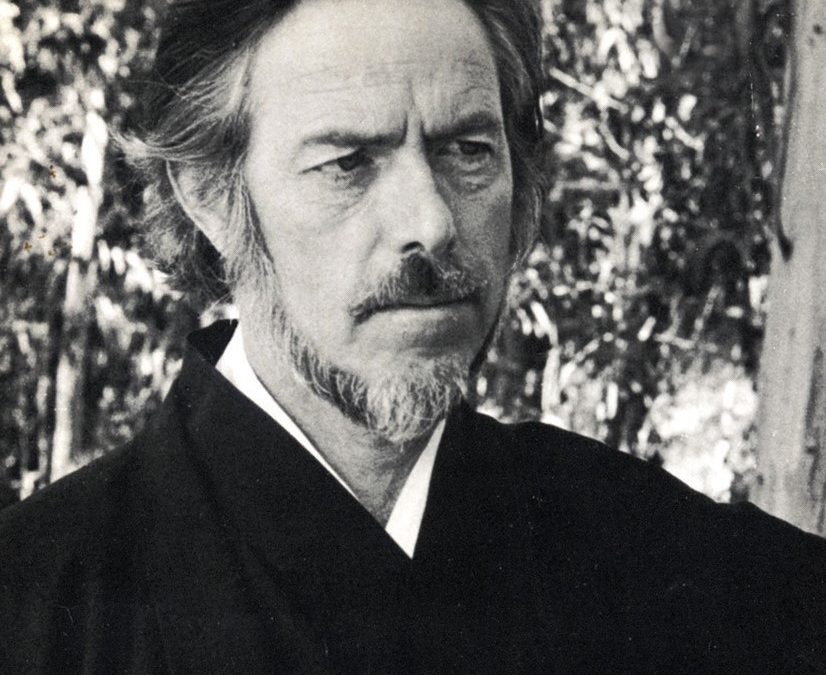 Alan Wilson Watts was a prolific author and speaker known for interpreting and popularizing Buddhism, Taoism, and Hinduism for a Western audience.  Born outside London in 1915, he discovered the nearby Buddhist Lodge at a young age.

After moving to the United States in 1938, Alan became an Episcopal priest for a time, and then relocated to Millbrook, New York, where he wrote his pivotal book The Wisdom of Insecurity: A Message for an Age of Anxiety.

In 1951 he moved to San Francisco where he began teaching Buddhist studies, and in 1956 began his popular radio show, “Way Beyond the West.” By the early sixties, Alan’s radio talks aired nationally and the counterculture movement adopted him as a spiritual spokesperson. He wrote and traveled regularly until his passing in 1973.

Enjoy one of his lectures on Trusting the Universe.

“The art of living… is neither careless drifting on the one hand nor fearful clinging to the past on the other.

It consists in being sensitive to each moment, in regarding it as utterly new and unique, in having the mind open and wholly receptive.”