In the Company of Wasps by Carolyn Thompson 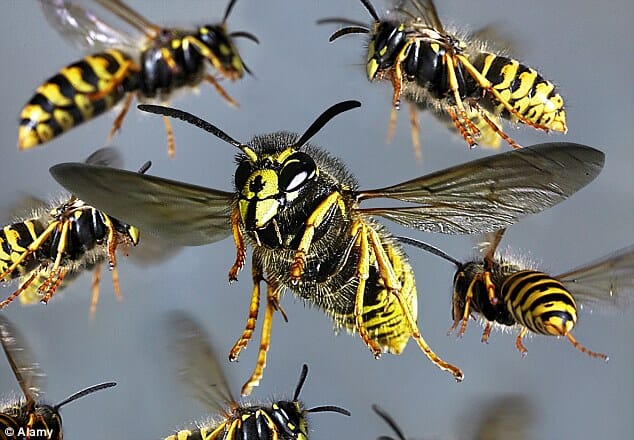 That day seemed just another bright, sunny day Texas-style and my friends were driving up to visit me. Riding up from Houston on his Harley Davidson motorcycle, Ben and Patty were taking advantage of the wonderful weather to cruise up for a long awaited visit.

By the afternoon I could hear the familiar putt-putt sound of Ben’s Harley and I knew they had arrived so I went outside to greet them. 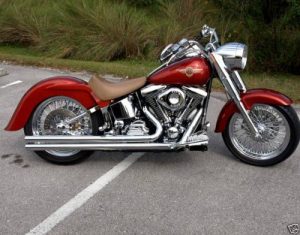 As my friends slowly moved off the motorcycle, Ben asked me where he could park his bike; did I have a porch at my apartment? I told him I did and that there was plenty of room for his bike.

So he wheeled it to the back, I opened the porch gate and he pushed his large Harley towards the fenced porch. The bike tilted in to the bushes and out came a fury of wasps.

Suddenly this huge swarm of wasps were rushing towards us; Ben and I stopped as we found ourselves surrounded by over three thousands wasps. Patty had ran faster and was about four apartments away and no wasps followed her.

Ben and I stood frozen as the wasps had instantly formed a column completely around us.

They all faced each of us, each wasp looked inward to the center of this column where I was stood prisoner. They buzzed in place about 18 inches away from my body in attack formation. All their tiny eyes were looking at me!

Not one wasp had stung either Ben or me, yet, instead they formed the most perfect column around each of us. From head to toe, all I could see were wasps. They were flying in formation in such a way that the spaces between other wasps appeared evenly measured; each flying in a position and not moving from that space. Wasp military training at its best. 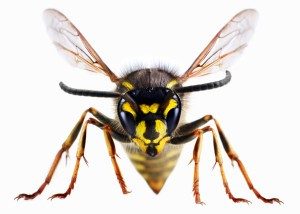 Every single wasp was staring at me. I looked at a wall of eyes. I could hardly believe what I saw.

I could feel them, and they were checking me out. I felt in awe of this perfection they had mastered, a true command unit.

Could they be waiting for my next move? If I swatted one, would they all sting me? If I even moved a muscle, would they attack? Would they sting both of us in to the underworld?

I carefully moved only my eyes to look at Ben and could see he was also frozen inside his wasp prison, and not getting stung. I felt the “concern” of this swarm.

As they were hovering, I kept apologizing in my head, not moving my lips at all. “We did not know you lived there, I am sorry, we meant you no harm, and mean you no harm. Please forgive us for disturbing your nest…”  I did not move anything at all. I could mot move, really. There were wasps!

I felt instinctively that just one move and they all would sting me to my death. I felt no fear at that moment, just wanted them to know we were not attacking them.

Little did I know at the time, but Ben was also going over the similar words in his mind while captive on all sides by these tiny warriors.

Patty stood free of wasps and was horrified at what she saw. Both her friends were encapsulated in a perfect yellow tube of wasps. She was thinking the worst for us.

Still, not one wasp stung any of us, though they looked at us with fixed eyes for some time. As I looked at them without turning my head; I was studying the way they hovered without much movement, and in harmony with each other. They were spaced apart so that they filled from the ground to the top of my head and all around me in a geometric column. This image etched in to my mind.

I knew not to feel fear, thinking maybe they would react to the smell of fear like wolves do, nor did I think ‘I hope they do not attack me’. Why, I do not know, but in that moment I kept repeating my apologies in my head like a mantra. My lips did not move. Move might mean attack. My eyes looked in to the wall of individual wasps.

In that timeless space I found love in my heart for these tiny warriors. I sent out that I loved them, that they were a beauty to behold. I thought about their formation and the measurements they all knew. I stayed in the love and forgive-me mode.

Slowly some left and then others followed. They were returning to their home. The last to leave were probably their front line defense squad, still staring us down.

Ben and I just stood in place long after we saw the last one leave. Patty edged closer to see more clearly if they were all gone and told us when there were no more behind us. I was not going to move my head to see even if it took all night, so Patty was a great scout. Still we stood, reflecting now the narrow escape we made with this swarm of wasps.

I started to move very slowly first as Ben was the closest to the nest. When he saw there were no wasp movement towards me, he moved one arm very slowly. A few centennials wasps came out to observe him! He stopped then started to move sideways, crab style, away from his motorcycle, the bush and the wasp nest. One step and he paused, another step and he paused, until he felt like it was ok to leave.

Both Patty and I also watched for him so that if more than a few wasps were coming out as he moved, then he would need to freeze again.

Together we rounded the corner of my apartment and through the front door. Ben was satisfied to leave his motorcycle right there by the bush with the “alarm system of wasps” that would guard his bike that night.

It was then we all burst out in emotions held at bay. We gasped with anxiety, freaked with fear at the possibilities, thanked God, and the Wasp King for their mercy.

Patty started telling us what she would have done and Ben and I looked at each other dreadfully. She said she would have started swatting and wishing death to all. That when she was watching us, she wished she had a can of wasp killer for she would have charged us spraying wildly. That would have been the end to us all, Ben and I replied with bouts of cursing and relief. Ben went in to lecturing his sweetheart on how she would be freakin’ dead by doing it.

He knew what to do for he loves the outdoors, camping in many national parks. He said he was so glad that I knew what to do for if one of us surrounded by the swarm moved wrongly or aggressively, we both would receive three thousand stingers or more. I am guessing at how many as I could not count them all, there may have been many more.

“Do not kill a single wasp; for then a hundred will come to its funeral.” ~ Russian proverb

We recycled our emotions in  several rounds to spend out some adrenaline, held back fear and excitement to be alive. I opened a bottle of wine and we proceeded to calm our nerves that were firing overtime. 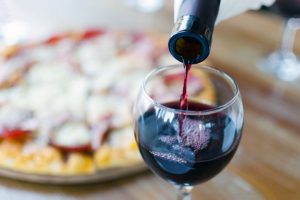 Forget our plans to go out and eat, forget leaving the apartment. We would eat, drink and be merry right there. No more nature at this moment. We felt small, felt vulnerable and like children.

I tossed frozen pizza in to the oven and opened a second bottle of wine.

The next morning Ben went out by himself and slowly pulled his bike out the bushes. Only a few wasps watched him as he did. In his reverent heart he held them. They just let him take his bike without attack or threats of attack.

How did the wasps know? If they were reactionary, they we would have been stung. Through their wasp clan they consciously knew our intentions. In their conscious connections the held formation, discipline and honor. We had a rare experience in the company of wasps.

A true story. No wasps were harmed in the making of this story.

Natural Wasp: Yellow jacket wasps collect garden pests to feed their young liquefied insects, with caterpillars, flies and spiders comprising the largest food groups during most of the summer. Just be careful not to disturb their nests as they will attack and sting. If they build their nest too close, you can knock their nest off when no wasps are on it. They will build somewhere else. Practice Peace! Be Love!