Experiment for Reincarnation by Carolyn Thompson 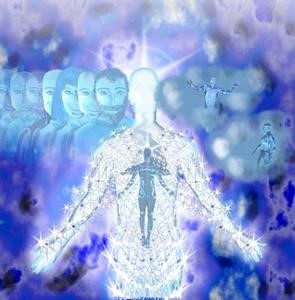 The subject of reincarnation or many lives for one person/soul is always an interesting idea and subject.

Reincarnation is the rebirth of a soul in a new body; the belief that on the death of the body the soul transmigrates to or is born again in another body at some time. There is a lot of beliefs on this both pro and con.

Some religions hold reincarnation as truth while others dance around the idea, and others say no way.

Yet this is not about any religious or philosophical discussion on the matter. There are wonderful stories, articles and viewpoints through religion and philosophy on the internet to explore on reincarnation. It entices the imagination to explore our own spiritual path, to look at who we could have been, what misdeeds cause us to return, what services we bring in to help others, what loves of our lives we wish to see each life time… and the list can go on forever.

This is a story of an experiment where a question was posed “Is reincarnation actual? Does it exist? Can it be proved?”

When I was living in Houston, the Association for Research and Enlightenment offered a workshop to explore the idea of reincarnation. I had to go.

As I entered this hotel meeting room, all the curtains were tightly drawn and chairs were set up to view the front. There was a light fixture set on the floor that pointed to a chair.

To the left Dr. Charles Tomas Cayce, Edgar Cayce’s grandson, stood at a podium and talked about the possibility of reincarnation, and never implied if it was real. He for a volunteer to come up and sit in the chair center stage.

A man sat down in the chair that faced the audience filled with at least 35 of us attendees. The lights of the room were turned out. Then a blue light was turned on, the one in the center aisle, and it was focused on this man’s upper body.

Music started, a period piece of a certain time in history, and there were no words, just instrumental.

We, the audience were instructed to observe this man who is now sensing the music and say something if we saw anything. No one said what to look for or what we might see, just left it all up to the group.

Immediately, people were seeing a whitish face overlaid on this man’s physical face and it was moving differently than the man’s own face.

With this first musical piece, I saw his first face was a woman’s face and she looked afraid, turning side to side as if she was searching for something. Her hair looked long and a bit unruly.

The music changed and again we saw a different white face, much like a hologram, hovering slightly over this man’s physical face. This was the etheric field showing us something.

I looked all over the room for any hint of a holograph machine, and there was only the blue light. This new face was of a man with a beard.

Different music played and a different whitish face of a younger man with dark curly hair moved slightly above the man’s face.

There were some psychic people in the audience that could actually provide more information on the setting of these faces, or some story of their moment of appearance. Some sighted even a location where this identity was from.

Stories matched up in most all instances, or connected in a way to make sense. Yet it was uncanny that at least three or more people all saw the same face on the volunteer each change in the music.

I just observed and did not say anything, and discovered I was seeing much of what other people were seeing. My take on it seemed also in sync with the stories that other people provided. I was astonished! I was getting energy information on each face.

When the lights were turned on, the man told what he was feeling and sensing with each different music. So much of it matched up with what the audience experienced. He added to the stories through his inside experience.

Now this was fascinating!!!

The man went to his seat and a woman went up next. The same thing happened as different musical pieces were played. Each piece was about 4 minutes and three tunes per participant. There were never any face that appeared repeated, like a ghost might be faking us all.

Now I am not easily fooled nor do I jump to quick conclusions. I had to know more so I offered to be a volunteer next and was shown the chair for my own turn at that position in this experiment. 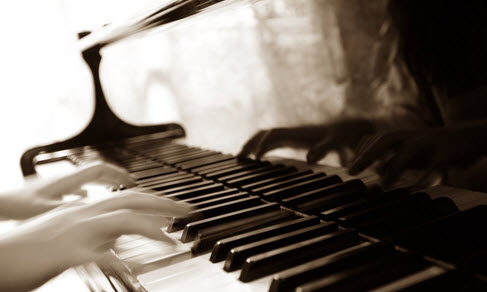 The first tune was a piano solo, with quick nimble fingers going up and down the scales, and I could see myself playing it, as a young woman perhaps in her late 20’s with real talent. I was happiest to play the piano, and yet it was during a lifetime where women did not play the piano professionally and no one was allowed to see me play.

I was dressed in a long full gown, perhaps during the Victorian age I was living with my parents in a very elegant house. There was a longing for me to share this joy of music.

The music shifted to some harpsichord music probably from the Baroque period (1600’s), and instantly this dread came over me. I felt like a lady in mourning, carrying a dead infant. I was feeling like I had cried so much I was empty. Despair and pain were present.

The third piece also change the sensations, feelings, the third eye movie I was seeing and who I was. So quickly I became someone else.

When they turned on the lights, it was engaging to hear that others saw and it was exciting to have sensed what I had while sitting with the blue light shining on my face.

During the first song, people said they saw a young female concert pianist, moving gracefully across the keyboards and the second song they saw they an older lady with a shawl over my head and I was in deep grief. One man said that I looked like I was poor.

Again I was doing my research so before I sat down to do this, I did examine the room while walking up to the chair, and looked again after the blue light was turned on, to see if there was someone with a projector or machine to produce this, or other light sources. All that was present was the light stand, a silver dome with a blue light bulb inside it sitting on the floor facing upward at an 45 degree angle. This dome could have easily been in a man’s garage and the blue light from any hardware store.

Mr. Cayce never made a hard statement about if reincarnation was real, and yet he looked happy at his audience for the experiment went well.  He asked more questions of the audience and what they thought. This was great fun!

Were the faces we saw really from our past lives? Are past lives real? Can we live many lives?

Was this “blue face” an etheric energy double that we carry? Do each of us have all these previous personalities throughout all lives? Or were these faces actually from other people that heard that music and we just tapped in to some Mind stream? One question opened up in to many questions!

My conclusion at the time was that the blue light isolated the face-images within the person’s etheric field. I hypothesize that we carry this information in our Core Star and the music evokes our memories, thoughts which then produce the images connected to the thoughts.

I want to do this again some time! Anyone have some ancient Egyptian music? Lemurian or Atlantis music?

I have remembered many of my own past lives, although it is still in question ‘IF there is such a thing as past lives’; some suggest all lives are happening simultaneous, just more portions of our soul spread out through many bodies. Or if ‘I am One with Al’ in such a way that I can tap in to the experiences of others as though it is me having the experience. (I have experienced this overlap with other people.)

The lives I have remembered have helped me in my present day life for the most part, and not for a show and tell party. No, I was not Cleopatra!

One thing for sure, the lady playing the piano that covered my face that night makes sense to me as I love music and play the harp today. I play mostly by ear too. As a woman in this life I can perform for anyone as women are now entering the fullness of expressions to some extent in many countries.

So much  to ponder. Consciousness is a term which lacks in some solid definitive definition. Most limit consciousness to a working brain and yet conscious goes far beyond the need for anything material to operate through/with. Consciousness exists without a brain.

Seems what comes to us as a ‘past life memory could be a part of the puzzle of why things happen to us in this life. Some experiences are for closure, some are to learn the another viewpoint, and some just to experience something never done before. There are so many possibilities. Yet ‘proof”?

I leave that up to you!

The movie “Cloud Atlas” explores reincarnation and the connections throughout time.