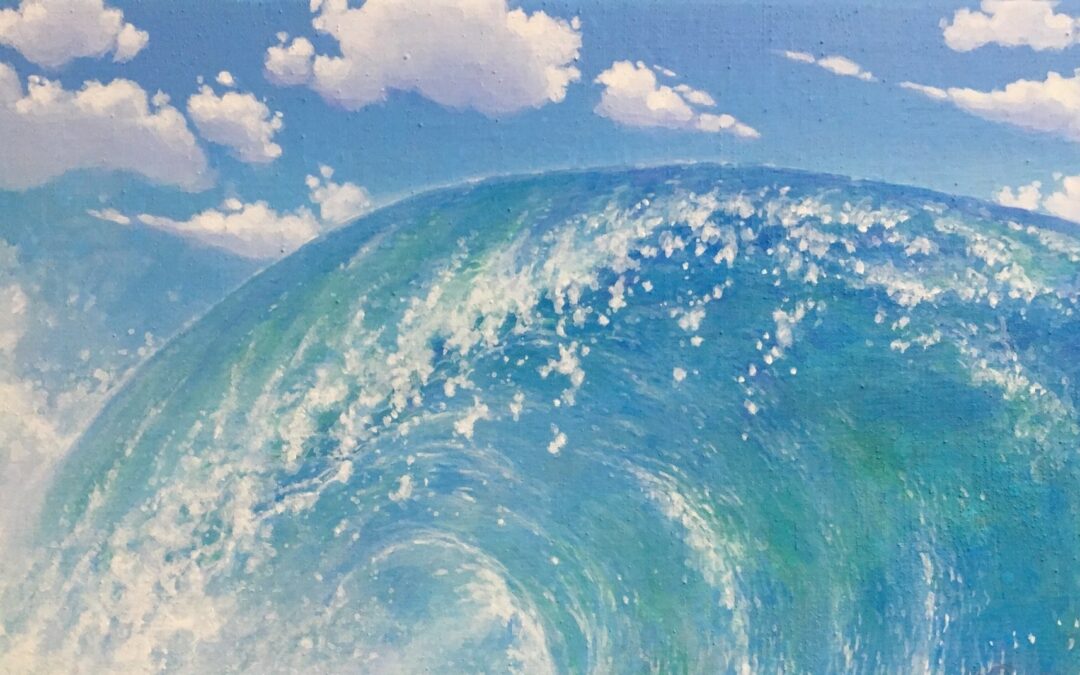 “Sea waves are among the world’s most misunderstood phenomena. When an incoming wave breaks on the shoreline, it appears as though the water has come to the end of a long journey, but in fact the water itself has hardly moved. Most surface sea waves transmit energy, not water, and the turbulence at the surf zone is the result of that moving energy encountering a solid obstruction—usually the shelving sea floor—against which it noisily dissipates. It is at that point that the wave transforms, from an energy-transporting wave of oscillation to a water-moving wave of translation, more commonly known as “swash.”

So for most of its life a wave is not a thing so much as an event, a small part of a largescale transfer of energy from one part of the sea to another. ….” from the new article ” The Power of the Waves; Understanding how oceans move is key to understanding life on Earth. By Richard Hamblyn  Read the whole article at https://nautil.us/issue/108/change/the-power-of-the-waves

“Professor Tsumoru Shintake at the Okinawa Institute of Science and Technology Graduate University in Japan aims to revolutionize energy production in Japan through the use of wave and current energy generation technology, some of which resembles flowers.

Firstly, Shintake aims to harness energy from the Kuroshio ocean current that flows from the eastern coast of Taiwan and around the southern parts of Japan. This “Sea Horse” project uses submerged turbines anchored to the sea floor through mooring cables that convert the kinetic energy of sustained natural currents into usable electricity. An initial test has proved successful, and he is now searching for industry partners to continue.” ~ from Japanese Professor Builds Wave Energy “Flowers” by Maritime Executive. Read the whole article at https://www.maritime-executive.com/article/japanese-professor-builds-wave-energy-flowers

“Looking out at the ocean, one often sees a seemingly infinite series of waves, transporting water from one place to the next. Though waves do cause the surface water to move, the idea that waves are travelling bodies of water is misleading.

Waves are actually energy passing through the water, causing it to move in a circular motion. When a wave encounters a surface object, the object appears to lurch forward and upward with the wave, but then falls down and back in an orbital rotation as the wave continues by, ending up in the same position as before the wave came by. If one imagines wave water itself following this same pattern, it is easier to understand ocean waves as simply the outward manifestation of kinetic energy propagating through seawater. In reality, the water in waves doesn’t travel much at all. The only thing waves do transmit across the sea is energy.”  From the article What causes ocean waves? Waves are caused by energy passing through the water, causing the water to move in a circular motion. By NOAA. Read the article at https://oceanexplorer.noaa.gov/facts/waves.html

Next time you go swimming, immerse yourself in the movement of pure energy! This is why I love body surfing, without any boards; my body is the board.. for the charge I get being rolled through the water is beyond heaven! ~ Carolyn Thompson