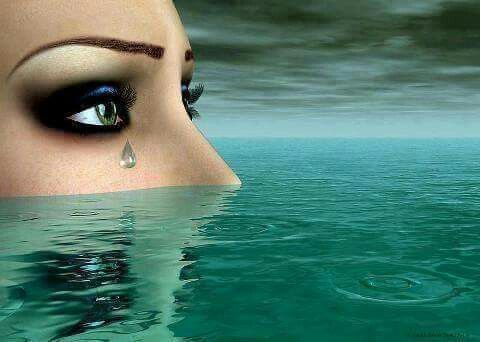 Early morning dreaming about deeply flooded streets in Brazil, something that is not a reality but a metaphor for floods of emotions. The streets were deep and wide rivers. As I floated in a large boat with others, we looked at the older homes that housed several families in each.

Some stood on the porch, in shock. We floated past them, and I felt the water that looked as though there was oil floating on top. I smelled my hands and admired the smell of baking bread.

People were still “dry” and eating. How can this be… I wondered. The rivers were definitely on the rise though. The waters were touching the porches and lapping at the steps. This water represented the emotions of the city’ people, all moving slowly around.

One lady was sweeping the water away from her, trying to evade the onslaught.

Suddenly I was a maid, doing chores for a woman holding a baby. My chore was washing two baskets of clothes for $3 and I was explaining the fee we had agreed upon when she started on about my son not working too.

I found myself defending my son’s choice not to do a job he was told to do for $1. The idea of having to express and defend a choice, my choice of working for her to help her and her child, was tiring, and yet she was being unreal about it all. I felt a bit like she was preoccupied with worry and stress.

The scene changed to the flooded streets again. If you saw an aerial view all you would be able to see is rooftops, no yards, just water everywhere else. Houses are metaphors for people’s bodies in dream. Flooded streets were the shared angst.

I woke up and started prayers for the country’s peoples and the world. I knew this year is going to come down to showing peoples deepest fears, angst, and worries. I felt from the dream that the time was now that we must express our emotions in safe ways, but also work together to resolve things for changes in ways most things are done.

The old ways are gone already. No amount of trying to save old ways will work. We are one world already. We need to unify as a collective brain trust to create new ways.

This unity will never happen through one leader, or one central source of leadership for that leads to corruption and incompetence. This is a world dilemma, and we must use the many resources and people in this world to make it work.

The old ways were to put one leader, a president or high post, and then we use that leader as the fall guy/gal. We make or pretend that they do our work for us. We chastise that one post and whip the devil out of it if it fails. Yet that one leader looks at the multitude of people and wonders why all that talent is waiting, waiting to act in their local areas, in groups, in counsels to get things done. The world in not a one-person job, so get over it already.

We must work in creative ways to blend our reality in a benevolent way. No longer should any country try to concur another through war. That is part of our challenge. Israel cannot take more land, Russia cannot take more land, and no one can take more land. It is wrong on all levels of our souls. While people are angry with Russia, Israel is still killing people to grab more land, a passive war. Sounds like an oxymoron but it is what it is.

Waking up and praying for this blending and the easing emotions was the way I started today.

I then made some coffee, small breakfast and turned to my computer.

There was a story also summing up that we have traveled through so much there is no going back. That it is time to seek new pathways as the old pathways were hit by decisive change. Read it, “What You’re Feeling Isn’t a Vibe Shift. It’s Permanent Change.”

It is from a millennial author, seeing from eyes that does not fully embrace the multitude of changes we older folk have seen in the last many decades. Those eyes have grown up in an illusion and now that is falling for them. They grew up in an abundant world, and one so connected through social media and news. New tools to imply there are ways to make changes.

The newer generations have work to do and perhaps many have some great ideas on which way we need to go, what to do and how to build it.

Sometimes changes need to come from those new to the situation, rather from those who chant history repeats. I am excited to witness how this works out.

“Change is the only constant.” ~ Aristotle