Dream of Chaos and Cleanup by Carolyn Thompson 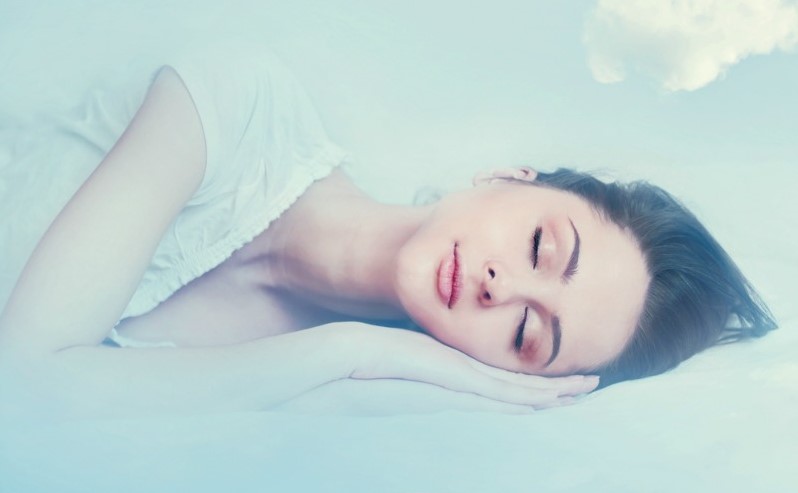 This dream was so full of color and sensations with a message of progress.

I was sleeping on a mat on the floor in a large white room with nothing more in it. Sparse like a modern house. My son was in the other room when a huge wild storm came through, rattling the house, and the trees outside. 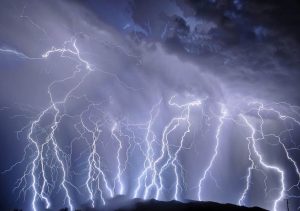 I have never seen such a furious storm with the winds blowing in a way you cannot tell what direction they were coming from, as it seemed any direction.

Lightening was everywhere and with loud bangs, raining heavy.

In the middle of this I heard a sudden howl, and subsequent howls, yowls of an animal that was severely hurt and the sound moved like he was running across my yard and then further away. The storm passed and it got quiet, yet the clouds were heavy and gray overhead.

Then I saw a pack of six men outside my sliding glass door. At first, I felt like I was vulnerable. They looked like they were standing a few steps below the porch and I could see some were bare chested. They were discussing something rapidly.

My son came in and opened a bag with a camera in it, starting to show me something about the camera, when I pointed his attention to the men outside. I was saying to point the camera at those men and maybe they will feel threatened and go away.

Yet as my son and I were fumbling with the camera, one man outside said “look, a camera”, and he smiled. Somehow, they all could hear my conversation with my son and they thought my idea was funny. The next moment we all heard the wild howls of the wounded beast and so the men rushed off to find him. Seems may be that is what they were looking for all the time.

I heard some wonderful song, full words of appreciation of me, simple yet catchy tune, …. I do not remember it like I did when I woke up after the dream in the middle of the night. The song filled my heart. I woke up so happy.  Then I fell asleep again.

As I review it this morning, I understand this was like an update to me. That I am at peace within my own being. My son is active pursuing an interest, showing no interest in what was going on outside. 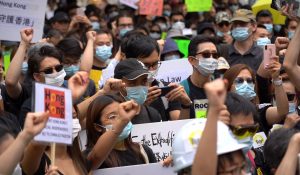 The storm represents the chaos of the world; politics, mental pains, horrific evil of pedophiles, economic roller coaster, and people being so “played ” through emotional dramas.

So many issues dealing with the treatment of humans; people are standing up to say no more. Churches cannot sexually prey upon people’s gullibility or naivety. Governments cannot hide their special deals and master mind manipulations. Terror and killing of native citizens on all countries are now exposed.

Many countries are now shifting their governments, while others are realizing how they must change; the world is just churning like never before. This is seen in the winds, the multi directional winds.

Outside my door the men represented “those on the trail of something”; could be those conspiracy theorists, FBI agents, police and even civil groups. They reminded me of Hawaiians, very strong, happy, focused and yet determined, and not in a hateful fury to get something done, but a conscious strategy working together. They represent the ones/the groups going after the many atrocities within our chaos, even after visible storms. They were stealth and logical. They have the proof they need and the evidence too. They were seeking out all the wounded evil people, groups, institutions and governments that are now howling intermittently due to all the wounds inflicted by the exposure they have received and in such a raw voice. Evil in our world is very wounded. And the appropriate people are hunting them down.

I am guided to share this with you…. Take refuge in your own inner being and know that there are people who came in to hunt down and capture those that harm others.

The storm is so wild, no real direction, so it is not worth standing outside in it. Each blow has a long saga before it came too this. There is no way anyone can keep track of it all. If you are a warrior, stay in your focus and know that all battles have their teams. If you are not a warrior then you are probbly one that is part of creating new paths, new ideal, new ways of living for when this chaos slows and dies off.

Retreat to your heart and focus on your own journey for now. Soon we will see the outcome of the struggles, works and dreams of the collective. It is quite beautiful!!!