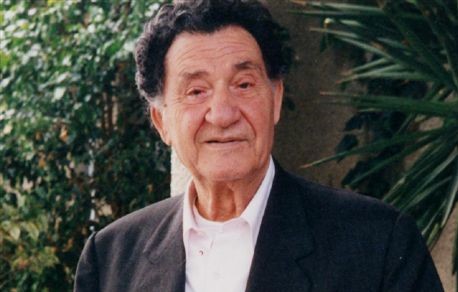 In my world of synchronicity, I was led to the most wonderful account of a Greek Healer named Dr. Stylianos Atteshlis, (1912–1995) who was affectionately called Daskalos, meaning teacher. The first book was The Magus of Strovolos; The Extraordinary World of a Spiritual Healer written by researcher Kyriacos Markides.

Here was an account that I could relate to as I have a deep love and eternal connection with God, our Creator. What he talked about helped me bridge many of the experiences I was having as a healer and yet had no one who could help me understand the dynamics.

Stylianos was a Christian healer, and yet he had deeper roots to the basic teachings of Jesus and not all the fluff and added-to ideology that accumulated  throughout the evolution of Christianity. He believed in the power of God as it flowed through him to those he touches. He believes in the power of Love, Divine Love.

As he states “True Christianity is based on only two teachings: Love God with all your heart, soul, and knowledge (Intelligence); and love thy neighbor as thyself. What is not that is not Christianity for me.”

Daskalos regularly practices “exosomatosis,” in which he consciously steps out of his physical body (a step beyond astral travel) and traveled to distant places and different dimensions in the company of invisible helpers. In many of those travels he performed healing work. He was aware of his past lives and was able to revisit these incarnations through conscious effort. He was conscious without Mind/mind as adept spiritual people do.

Daskalos never charged money and he had a unique ability to know when and where his service was needed. Daskalos has healed many times in public, as described in the first book:

“In the presence of several witnesses, Stylianos Atteshlis healed a three-year-old boy who was suffering from paralysis. I stared curiously at the English lady holding a child in her arms. I only noticed that the little boy’s left leg was covered with a heavy plastic brace when the woman placed the little boy in the arms of Daskalos.

He was emaciated, and it was clear that his left leg was shorter than the other…. Stylianos Atteshlis sat in a chair with the child in his arms and began to speak kindly to the child in a very soft voice.

As he did so, he began to caress the child’s sick feet softly. He pulled at times, as if to stretch …… Then after about twenty minutes, I don’t remember exactly, because my eyes were on the child and Stylianos Attheshlis, the child had a painful grimace.

Then he lifted the child, slapped his butt a little, and said, “Run, son!” And the child began to run up and down the room. Was it a miracle? Loss of eyes? Everyone can draw their own lesson. I just described what I saw.”

Daskalos was a practicing Christian and yet his practices and philosophy he shared show a kinship to Hinduism, Tibetan Buddhism, and shamanism than with the Western mystic tradition. He was a seeker of truth and clarity. 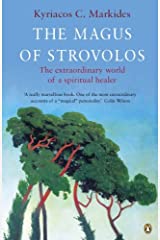 If Kyriacos had not written a biography of Daskalos, would he have been forgotten and the kind of energy medicine he performed be forgotten? Know that there are many other healers that have never been written about who assisted in the healing of others.

Kyriacos Markides wrote three books concerning the work and ideology of Daskalos in his ongoing research for the roots and basic teachings of Christianity; The Magus of Strovolos; The Extraordinary World of a Spiritual Healer.

Homage to the Sun; The Wisdom of the Magus of Strovolos, the second book which goes deeper in to the philosophy of our divinity and more of his experiences.  Fire in the Heart: Healers, Sages, and Mystics, the third in the trilogy, is about the mystical teachings of Daskalos and Kostas, two Greek Cypriot healers and masters of metaphysical knowledge.

In His Own Words

In an interview with Common Boundary newspaper, Daskalos gave us a look into his world.

Daskalos: “I have had this ability since I was a child, it has been natural for me. I didn’t know others were different from me.

What matters alone is the teaching that helps people get out of their confusion, which helps them reorganize their lives and alleviates their suffering. There is a lot of pain and suffering in the world today because we don’t know the truth. In this world, how do I know who I am? Who says?

I’ve been talking about this since I was a kid. It was very difficult because even my parents didn’t understand. My father once said, “My son speaks of these things without learning, he speaks the different languages ​​he knows from his previous incarnations.” He wondered who his son was. These things, of course, happened to me, without me having planned in advance to be Daskalos. 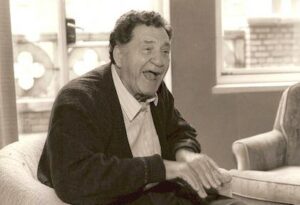 God has given us everything in abundance, fresh air for everyone to breathe, the super-substance of the mind to reach Him. Christ taught us how to use the super-substance of the mind. What is forbidden to do, and what is the love with which we can free ourselves from the present state of suffering. We use these habits of personality to excuse ourselves.

People call the psyche the soul and distort its true meaning. The word “soul” refers to the behavior of a personality. This is not accurate at all. The relationship between the soul and the personality is complex.

Personality may be sinful, but the soul is never sinful. The soul is God himself. The soul cannot be offended. Man does not have a soul, but man is the soul itself. We are talking about something else in our system that we call a permanent personality. It is a state between incarnations in time and space that has no name except “I am”. This permanent personality enters the soul.

Before I meet the person, I don’t know what will happen, but when my aura touches his aura, I immediately feel like he’s going to heal or not. And then I transmit the etheric life force energy and the atrophic foot gets longer and all sorts of things happen that you would call a miracle. But again, it’s no wonder. These are phenomena. That is the whole truth. Nothing depends on me; everything is in God’s hands.” (2)

In his words… “The battery is not equal to electricity! When I deal with more difficult topics in my meditation, I step out of my body and use my mind directly, not my brain.” He knows that the brain and mind are different functions than what he called consciousness, that he can step fully in to consciousness and not function through brain and mind.

“One of my students was in the United States when a fight broke out in a cafe. Someone picked up a gun and fired. The bullet fired shattered most of my student’s brain. The bullet was taken out of his head, and doctors in America said he wouldn’t be able to go talk or go to the bathroom if he survived.

The boy was 26 years old. He was brought back to Cyprus by two doctors. I began to connect with his soul to take control. I’m not saying it wasn’t hard: it was. Do you know what happened? This boy, who couldn’t talk when he arrived, told the doctors, ‘I want to get up and walk.’ They wouldn’t have let me, but I told them to leave him alone.

This man is working in Cyprus today and no one knows he had such an accident. Orthodox science knows very little about life today. Such cases are called miracles by people. No! These are phenomena that happen by the grace of absolute super intelligence (what we call God).” Daskalos recalled.

On the Nature of Healing

“All illnesses,” Daskalos began after he conducted the short prayer, “are the result of psychonoetic conditions. You may wonder about the effects of viruses.

As medical science shows, microorganisms and viruses exist in abundant supply within the body of every human being. Why then are some of us more immune to these organisms whereas others are so vulnerable?

The etheric energy needed to keep the body in balance drops considerably when we vibrate improperly. A certain amount of etheric vibrations, say one hundred, is required for the Holy Spirit to create the cells, tissues and various organs of the material body.

Our etheric energy is depleted when our desired and thoughts are such that create in us the vibrations of anxiety, depression, stubbornness, anger, hatred, and similar morbid emotions.

Therefore, we may only have eighty or sixty units out of the one hundred that we hypothetically need as etheric vitality to keep the body in balance. Automatically we noticed that the most sensitive parts of our body begin to manifest the lack of an adequate supply of vitality.

When an individual gets sufficient amounts of etheric energy through proper nutrition, breathing and way of living his personality should enjoy full health. The aura of such an individual radiates over a large area and gets absorbed often by those who need it. Such individuals benefit from the mere presence of a Researcher of Truth.”

“You are probably aware that certain people generate in us positive vibrations whereas others may generate the exact opposite. The joy we experience in the presence of certain people is the result of an abundant supply of etheric vitality they emanate. Others who lack in vitality draw from our own reservoir or etheric energy. A Researcher of Truth who wants to be of service must keep his aura clear and radiating. Even when he feels drained by a fellow human being who absorbs from his vitality, he should not reject him. These are the people that need our help most.” (2…pp.177-8)

How our Thoughts and Emotion Create Weakness

“People get possessed by elementals (his term for thoughtforms) which they themselves create as a result of their weaknesses. Only in rare cases do I encounter possession by beings who reside in the etheric world.

The “sucking of blood” of the so-called vampires is in reality etheric matter. The same situation occurs more rarely when human entities behave as if they were vampires.” (2….pp.163-4)

Daskalos was a very complex man, deep in ethics and love of God. There is an organization which he started and expands upon his teachings, The Researchers of Truth  https://researchersoftruth.com/ . They help to make his practices more user friendly and apply practice in which one may grow spiritually. For it is the quality of a person’s whole constitution that makes such wonderful energy medicine flow through one on the healers path.

One area of study for me was his expressing his journeys through “exosomatosis” in which I will expand upon in another article. This article is to point to the man, his works and resources for one to learn and grow.