Daily we hear of the chaos around our world as the cosmic agitating thrusts us forward; it is time for change, big change.

These days to get people motivated to think in terms a point of ‘service to others’, people have to be shaken up and pushed out of their small world view. How that is done is strictly up to the qualities and uniqueness of the individual.

During this chaotic time period and through our instant communication worldwide, people get stimulated and agitated by their own responses to their world around them.

Add the intense cosmic energy waves that have been coming to our shores on Earth over the years, people are beginning to expand their viewpoints to include the diversity of all life.

Most of this agitation comes about as belief systems and limited viewpoints collide with outer stimulus, creating really bad feelings, fear thoughts, and animosity towards others in which  people just have not given much thought to or know nearly nothing about. It creats deep emotions in people for little reason or evidence, providing an avenue to expand what one thinks. 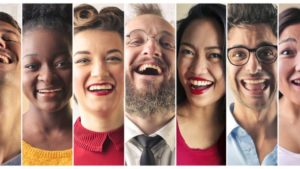 In our world, we have a huge population of people and this definitely provides great diversity; these can be seen through the dimensions of race, ethnicity, gender, sexual orientation, socioeconomic status, age, physical abilities, religious beliefs, political beliefs, or other ideologies.

Within the concept of diversity is the essential need for differences so that more gets created and accomplished.

Diversity also encompasses acceptance and respect for people of all types. It means understanding that each individual is unique, and recognizing our individual differences.

We see this in the vast life forms within the rain forest where you can just stand in one place and not even be able to name all the different plants, animals, insects, birds, trees and fungi. Natural design is that way, and also with humanity.

In a time period such as we have, we are learning to understanding each other and moving beyond simple tolerance to embracing and celebrating the rich dimensions of diversity contained within each individual.

If you take a group of fifty people to a restaurant, no two people may even order the same meal. You might see fifty diverse plates of food.

Need to Be Right

Many people tend to think in routinely small circles of thought. One of those thoughts appears to be a basic need to be right; whether this is taught or something that comes natural.  A need to be right no matter what, and even lacking information, people want to be correct. 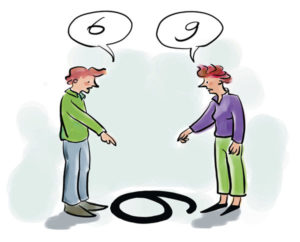 By thinking you are right, one may feel safe and secure as this is what is accepted socially.

Yet thinking you are right is really an insecurity and a false way to believe you are safe as this view will make you exclude real evidence that would take you further in to understanding.

This is why in the USA there are still various forms of racism, groups of people running together to hold some ideal in place, and of course, political discord, judging people according to their consort zones.

Yet it is amazing that the USA is only a few hundred years old with the melting pot of world’s diverse people and cultures, and they have moved passed so many prejudices already. The agitation factor is always challenging people here and people are working towards a harmony.

Many other older continents cannot say the same as instead of everyone adjusting, the new comers need to take on the old culture in order to fit in and perhaps the older culture will shift towards understanding and allowing the diversity.

Religious groups can move quite slow to allow changes within the populous thinking; one church says that ‘angels are blue’ and another church say ‘angels are orange’, who is right? Both claim to be right. Does it matter?

Those who need to be right at all times, and need to take the credit for being right, quite often is a form of self-approval, a way of stroking the ego or compensating for some insecurity.

It is not confined to any one culture, race or socioeconomic status, being right is so basic to humanity and the basis for our education systems too. Teaching the right stuff.

Because the insecurity is so strong many individuals have to try harder than normal to prove to themselves that they are great or important by believing they are right most of the time. 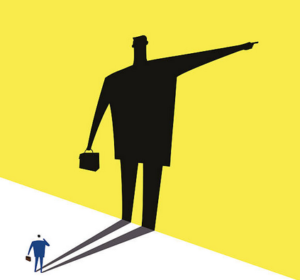 The person who feels a need to be right all of the time is someone who needs to feel superior or empowered very frequently.

By insisting on being right, they feel elevated above those who they can prove wrong.

This individual will argue their point to the bitter end. They would lie, exaggerate, or do anything it takes to prove they are right. They will send around fake news in order to achieve a consensus.

In the end, that person may feel superior but the impression they leave for other people after they are gone may be one of distaste and avoidance of that individual.

Most people don’t enjoy being around a know-it-all much less one who lies.

The underlying cause of the “need to be right” is fear; it is a deep-seated fear of being wrong and losing credibility or control.

When someone disagrees, this individual feels threatened and goes on the defensive, trying desperately to maintain control so they can feel comfortably safe again.

Yet, ‘need to be right’ is just an old belief system as well. Maybe it will fall away to the need to be excited about new.

Embrace diversity, know there are many ways, views, and choices. Say there are blue AND orange angels. Let others have their own worlds, and in peace.

Fearful people just create such an off-balanced atmosphere; they lose those they wish would stay as time shows the truth. 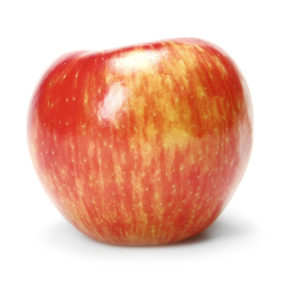 Allow the multiple answers to serious questions. Let theories work themselves out through living it, testing it and working the various angles. One angle is never enough. One angle is what has lead us up this path of a world full of restriction.

You can look at an apple and see only one side of it, does the other side have something different? You won’t know until you look, does it have a bite out of it, a worm, or just as red and the first side does?

One small viewpoint has led to many disasters throughout history.

When many viewpoints converge, natural checks and balances occur. Synergy forms through a diverse mix coming together and creating openly. Having a leader is only for order and not for control over others.

Yet so many people think, they need to be right and so they cannot embrace diversity as it can conflict with their absolute version of reality.

Due to people living in fear, they vote in narcissists to rule with an absolute attitude. They want someone with a gutsy boastful persona, for that gives them a false sense of being taken care of. The more that leader yells, the more the crowds cheer.

But these types of leaders, always, always lose in the end. Most of those narcissistic people are even killed by those who voted for them. For people see through and will stand up to tyrannical misbehavior and service-to-self leaders.

Leaders that fill these situations love to spin the fear in all directions to ensure their long lived position of control over others. 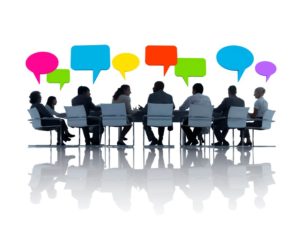 The true leaders of nations are ones who embrace diversity, and call on the councils of people to form the rules of the country. They use order to proceed, but have no need to be right or authoritative about the formation, being respectful to all input and parts of the issue, to form the right outcome for the good of all.

It will be viewed as a sacred duty for all those in the councils, to represent the whole of the nation and the needs of the people, for a nation is the entire group of people living there.

They will be listeners to the needs of the many yet work in wisdom not to “parent” their countries.

This can only happen through Love. Loving one another, respecting people and seeing that someone’s difference of opinion has value.

Earth is to become a living Library for our Galactic families. Once people of earth get over their prejudice of race, religion and gender, etc, then they will find a need to get over the very diverse differences of our off-world races. We on Earth have been in preparation for this for centuries. 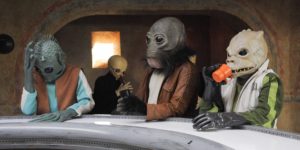 Star Trek shows and science fiction movies have been working with our imaginations to enlist a broader acceptance of diverse cultures.

The Star Wars movies has as well and that fine moment of seeing the inside of a galactic bar is enough to give you a taste of what earth is evolving to.

Those who are experiencing telepathic communication already with the Galactic neighbors give us all a grand array of articles, very diverse in their information. There is room for all of it. Each different one speaks to certain people. What occurs tends to be from the point of consensus.

The souls journeys are all unique with the earth missions during this grand time of immense change. There are many Galactics and Celestials ‘in body’ here on earth already bringing information to create a more gentle world viewpoints.

Many people incarnated in to this time period to help raise world consciousness and the eliminate the conditions of poverty, hunger and fear. It takes a community. This is the ONLY Way all of this is going to get done.

Get off any high horse waving your scepter of ruler-ship and learn to get along. If you want more respect you must practice it first.

The cosmic changes are duly upon us all, without bias, and all people will move forward if they so choose it.

Just know and respect the viewpoints of others, for there is a reason Creator did it all this way.