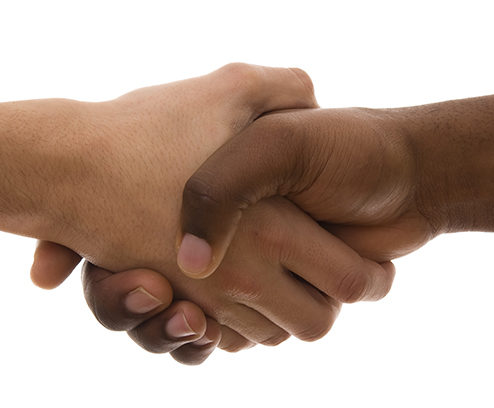 Summer of 1963, my family moved to the tiny island of Guam out in the vast Pacific ocean. We went by Navy vessel to this small island that is only 30 miles long and 4 miles wide at its skinniest point. You can round the whole island slowly on a Sunday drive, with picnics and swimming included. The island was nearly encased by beautiful reefs teeming full of colorful life! (back then, not at all today)

When my father announced this move to us, as children, we thought of the most primitive setting we could think of, thatched roof homes and sparsely clad natives. We were wrong and found a fairly modern island for that day and age.

My father was stationed at the Naval Hospital base as Hospital Administrator in Agana Heights. We lived high on the edge of a cliff overlooking the ocean and the populated city of Agana. Our living quarters were a barely furnished cement duplex within the Navy compound. When we arrived, we were issued a trunk filled kitchen ware to use and return when we leave. In our move there, my parents only needed to pack our clothes, and some other small items and had put our furniture in to storage.

This was the last two years of my father’s service to the Navy in which he also became a Commander. He choose the island on purpose for an educational experience. Yet it was also during the war and B52 bombers were always flying in and out of the islands two Ari Force bases.

My sisters and I were enrolled in the large catholic school down in Agana Heights. I was going into one fifth grade, one of two 5th grade classes there. The majority of the class was Chamorro, the native mix. Guam had many ships come through and different cultures merged with the local people of Guam. Our teacher was a tall slender nun, also Chamorro. Our instruction was all in English for the most part. My sisters and I were considered ‘whites’ and we were the minority. I was one of three white folk in my class, another girl and one boy, and the other 5th grade class had just one white person.

Cultures there were very blended as you find on islands. My best friend Marie was half German and half Chamorro. There were many Filipino, and other island people as they traveled by boats through fishing and yet also from many major countries.

At school we wore uniforms of pink checked fabric, yes think table cloth pattern! Our mother had to make us jumpers with full gathered and nearly ankle length skirts, with a white shirt under it all and ugly oxford shoes.

All this fabric was so hot to wear in the tropics. Boys wore blue pants and white shirts. Uniforms had the church logo ironed on it. Many of us girls wore shorts under it and a few times got away with taking the jumper off during recess, but the nuns came down hard on us.

Breakfast was a delight there and a rare treat for me. For twenty-five cents, you could buy the largest cinnamon roll ever made, nearly four inches square, creamy, sugary, exploding with cinnamon! The cafeteria ladies would  make them early in the morning and the aroma permeated the whole school with fresh bread and cinnamon. (twenty five cents was alot of money back then too!)

One day both the fifth grade classes marched in line down to get breakfast, and on this day my father had handed me a quarter; I was so excited to get a hot cinnamon roll. The aroma of cinnamon was so thick in the air as we stood in line outside.

I was standing between twin boys. The one in front of me was in my class, named Tam, and a calm sweet boy, while his brother, Lam, was taller and very aggressive and was from the other class.

Today Lame was pushing me in line… many times. I would fall forward on his brother, who would turn around and just look at his twin. Lam pushed me again yet this time saying “Laka mumu” several times. I had no idea what he was saying.

I had learned a few basic words in Chamorro but had no idea what he was saying to me but noted he was using it in a mean tone.

I looked at the school wall, wondering and there I saw an Anole lizard. I knew the Chamorro word for lizard, Letai.

I turned around and looked this brother and repeated what he said, with a twist “Laka mumu letai”. I pointed at the green lizard, hoping I said the right word for lizard. I did.

Now I felt like I was in trouble big time. I had no idea what he said and I complicated it more with adding “lizard”.

Then he stared at me. His eye brows moved higher on his forehead and then, he began to laugh loudly. He repeated what I had said to him several times and his twin turned around and also started to laugh. Soon the whole line was laughing, and I was smiling, still wondering what the outcome of this would be.

Then the magic occurred as Lam looked at me deeply and smiled, and shook my hand and put his arm on my shoulder. Whatever it was I said, turned the tides it seemed. I just smiled. At least now the pushing had stopped.

We all bought a cinnamon roll sat down to eat them, and the room got very quiet, except for the muffled sounds of umms and aughs. Nothing compares to fresh baked rolls like this!

Now some may say that was just pure luck, others destiny, and yet I look at it differently.

Here was a human just wanting to be seen as who he was, Chamorro, the real people who lived on this island. I was the “invader” to his country, a country that was always being invaded, and even persecuted, and so perhaps I was a threat. He was testing me; would my aggression match his? Or would I like him?

By nature I am a silly person, I am a kind person, who love art, music, nature and people. It was my creative nature in action that always tests new grounds and today a lizard was my muse. Now all lizards have a special place in my heart for in a way he came to my rescue.

How you react is key in all situations. Attitudes fuel the reaction.

Instead of re-acting, it is better to start within your own rhythm and balance in any situation to move energy in benevolent ways. When you find yourself in a different environment, culture or situation, you must be conscious and coming from your heart more than thoughts, and beliefs. Respect of anyone at all times is critical.

Understand that when you are in a different country, it is up to you to figure out the right way to move with the people there. Boasting you are from this high and mighty country other than theirs will get you in trouble. Its alot like driving in traffic, you merge in to the lane you need by finding the right place within the flowing sea of cars.

World wide this is true. Instead of aggression, perhaps maneuvering your attitudes to fit in to the flow of a culture will make the trip so much better for all. You can also be active through helping another country, another town, another person meet their needs. Hungry people hurt. Angry people hurt. Lack of recognition hurts. Feeling helpless hurts. Help someone out.

Instead of matching someones attitude, give the attitude that builds rather than breaks down. Foundations of unity and harmony are strong and bring about the friendships people yearn for.