Angering the Shapeshifter by Carolyn Thompson 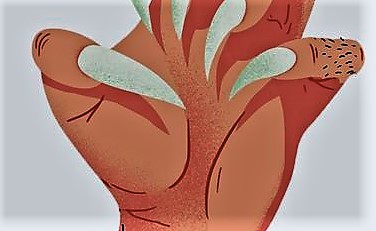 Events, sometimes very small events, leave a lasting impression, such as seeing a shapeshifter in action. A small event that provides adversity can opens up whole new levels of knowledge.

Such an event happened to me, which started with having to take someone to small claims court to get my money back. I had advertised in a new magazine. At the time I had agreed to six adds, monthly issues. Yet by the second issue the format, how often it came out and other major changes pretty much voided our contract. I talked to the lady who owned it and she refused to give me any refund. She was going to publish quarterly which blew my advertising plans.

Imagine a beautiful, vibrant blond, a new-age type talking about New Earth, Joy and Abundance. Yet I was slow to find out she was someone who took advantage of any free money she could get. She even announced at some meeting how to get government money that was really earmarked for the very poor. She obviously was not poor, not knowing her real circumstances, yet she was always dressed well.

All I knew is she was not wanting to return my money.

In her attempt to keep my money, she sought out some of other new-agey friends in town to side with her and trying to talk me out of getting my money back. I was a single mom, barely able to feed my child, living very frugally, and I could use my money to promote my new business somewhere else. Lots of chatter at me, and no one listening to my needs, nor respecting the contract made.

Having worked in advertising for over 13 years and owning my own agency, I was not about to let this pettiness move me to donating my money to a selfish and shallow lady. My mind was set and I took her to small claims court for it was not a lot of money. Small claims court are for issues under $500., if I remember right.

The magazine lady came to court ready to fight. She seemed new to court as she wanted the court to address issues that were not part of my case. She wanted to talk trash to the judge and when she started upon a subject other than our contract, I asked the judge to stop her. He did.

She sat down, angry and beside a man dressed quite formally. The judge agreed with me that this was a case of breach of contract and the case was closed. She looked at the man next to her and he got up and left the court.

One of my clients had come with me to testify and support me. She stood by me and was angry at the lack of ethics this lady had and they were friends.

Now she had to repay me in full. She headed outside to the window where she would sign papers. In the end the judge ruled in favor of me.

My Fur Stands Up

Now this is where the ability to observe the details served me well. My friend and I walked out of the court room, talking about what just happened and we looked to the magazine lady signing papers.

As we were walking towards the door, and she was just to the right side of us, I said something about how this ladies reputation would look to other advertisers and loud enough so she would hear. I wanted to let her think about her integrity.

In that instance, she swiftly turned around and her eyes changed in to dark reptilian eyes, vertical slits, as she glared at me with this crooked angry mouth.

Her hands were resting on the ledge with papers underneath turned to long claws, that were slightly clinching. The energy that come from this “look” was interesting and unsettling and the hair on my arms stood up.

She looked at me angrily then turned her attention to the lady in the window, and with that she looked like her human self again.

For those short moments I knew more than I wanted to. My gut went in to a new mode and I had fear running down my spine. I knew she would continue to plague me just for the fun/meanness of it. I knew she was devious, but now I knew something else, that she is not at all what she seems.

For to normal sight, she was a gorgeous blond, petite and sexy. She had a bubbly expression when she talked and was a way-out, airy-fairy kind of personality. Very likable and that was why I had supported her magazine besides wanting to promote my business.

But that day changed the way I saw her. I went home and changed many things to avoid any more interaction with her. Her agent was from the Department of Health and by the time I got home, he had already gone to my place of business. He found nothing.

After that lose in court, she was constantly attacking me in the astral plane. I knew I needed to remove the connection we had. Her ‘debt to be paid’ was the main connection and so in a written letter I wrote her that her debt was forgiven. She stopped haunting me in the astral. I was free of her.

When I saw her in public she would publicly make fun of me. I ignored her. To each their own.

About three years later, I received all the money she owed me.

You see, I could forgive her debt verbally, but the court had already ruled and that could not be changed. It was now public record. She was entering in to some financial arrangement that required all her debts be paid. So I finally got my money and without any static or astral rubbish.

Since then I have seen other shapeshifters in our world.  Everything just gets more interesting!